Russ Crow’s earliest gardening memories are with his father, planting tomatoes. Inspired, Russ convinced his father to build a 2x2 foot plot in the yard to cultivate. “I planted it entirely in radishes. Solid radishes,” laughed Russ, nostalgically. “...I don’t think I liked radishes. I think they gave me some to eat—too hot! They burned!1”

After his father passed away and his family moved to a new home across town, Russ’s mother happily agreed to let him start a garden in their new backyard. Russ brought home end-of-the-season, left-over seeds from working as a door-to-door salesman at the American Seed Company as a teenager. “I had these packets of California Giant Zinnias and I planted them out by the dining room window in the back... in about August or September, I snipped off this dry flower head and decided to take it apart. And to my amazement, at the end of the petals, I found these arrowhead-shaped seeds that looked just like what I had gotten out of the packet in the springtime. And I started multiplying out those zinnias and within a couple of years, I had enough seed that I could sprinkle ‘em out over those terraces like grass seed and you should have seen the display of zinnias I had one year. It was just amazing... Quite a rainbow of color.”

In 1978, while working at the Chrysler Corporation’s Belvidere Assembly plant in Illinois, Russ decided to start a garden to help shrink his grocery budget. It was then that Russ remembered his diabetic father’s proclivity towards eating beans. Not only were they delicious, but they were healthy, easy to grow, and easy to store. Soon after, he picked up a copy of Organic Gardening magazine and read about the Wanigan Associates, a bean growers network started by the bean enthusiast and collector, John Withee of Lynnfield, Massachusetts. Thrilled by the hundreds of beans in John’s collection, Russ ordered 35 varieties. Withee, impressed, wrote back saying, “Mr. Crow, that’s a mighty tall order.” Russ stayed a member of Wanigan associates for the next three years, accruing dozens of new beans as he went along.

“To be able to see the variety of heirloom vegetables is amazing.”

Russ discovered Seed Savers Exchange (then True Seed Exchange) in 1978 and quickly became one of the early members. He began by offering all 35 of his “Withee beans” in the seed Exchange and was the first person to arrive at the inaugural Seed Savers Exchange summer campout and conference in 1981. Russ even came to aid of SSE co-founders, Kent Whealy and Diane Ott Whealy, after nearly 1,200 bean varieties were delivered to their doorstep. It was a generous donation from John Withee in 1981 of his entire Wanigan Associates collection. Russ volunteered to help the Whealys shell, clean, and organize the overwhelming number beans. It took two weeks to process the entire collection, filling “2,200 jars and 2,500 packets of bean seeds,2” but it was the perfect distraction for Russ who was temporarily home from work and recovering from a car accident. 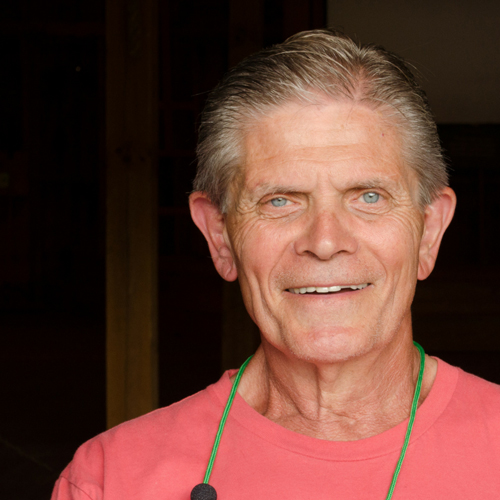 Russ’s passion for beans has impacted many gardeners. Early on, he compiled a booklet titled “Hill of Beans.” It documented the varieties in his growing personal collection and served as a reference to the differences between each variety of bean. Although the publication was short-lived, it was impactful to many working in the field. A doctor at the National Seed Storage Lab in Fort Collins, Colorado used his copy so much that he wore it out and had to order a new one3. The Seed Savers Exchange seed bank maintains roughly 100 varieties from Russ’s collection, but he has listed over 375 varieties in the seed Exchange over the decades. Inspired by the late John Withee’s broad reach, Russ started The Little Easy Bean Network.

Like Wanigan Associates, The Little Easy Bean Network relies on bean enthusiasts far and wide. These home gardeners help preserve beans by planting them in their gardens and sending renewed seed back to Russ. Since he has limited gardening space of his own, and hundreds of beans in his collection, the network helps him reliably renew seeds for conservation. For each two bean varieties that a member of the network grows out, Russ sends out a variety just for their own garden. “It’s been pretty successful. I started out with 10 people, 10 growers the first year... and this year I’m up to about 22 or 23, so it’s getting a little bit bigger. I got a young fella that his parents are members of Seed Savers Exchange and they live in Iowa. And the young fella’ told me he’s 16 years old and likes gardening. And he took 29 of the beans and he’s going to renew those!”

< Back to Exhibit Landing Page